Who Doesn’t Love a Good Mammogram? 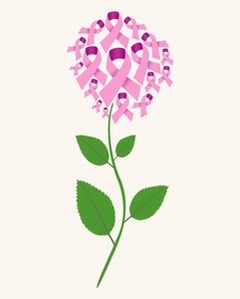 A few days ago, I had the, um, pleasure of subjecting myself to one of the many indignities women continually face when taking charge of their health: the lovely mammogram. For those of you who somehow missed the memo, a mammogram is a diagnostic procedure in which each of a woman’s breasts is basically squished between two hard cold slabs to the height of (oh, I don’t know), a gummy bear! And as if that weren’t enough, for giggles, the patient is then told to take a few steps back, remove said breasts from the clunky machine so that she can experience the joys of having her breasts squished yet again, only diagonally this time.

I have to admit that maybe the worst part of the whole damn procedure is when the technician inevitably studies the film while your breasts are still being squeezed between the hard slabs, only to peek out from behind her monitor to say, “Oh darn, hon, looks like we’re going to have to do these films over again because we missed the first centimeter of your left breast.” So, what does she do? She saunters toward you from behind her monitor and gives you a brief apology before grabbing your breast with both hands and actually tugging on it as if she were pulling salt-water taffy onto a slab. And honestly, what woman doesn’t love her breasts yanked into the shape of an ice cream cone?

Now don’t get me wrong — I think it’s critical that women are proactive and responsible with their healthcare. But that doesn’t mean that I can’t kvetch like the best of ’em. So before you start bombarding me with furious letters claiming that mammograms saved your life, please understand . . . I absolutely and wholeheartedly believe they are critical for the well-being of all women. Just like warm ooey-gooey chewy chocolate chip cookies straight out of the oven are critical for one’s sanity in these stressful times.