Anyone who’s ever met me learns fairly quickly that I am a tad obsessed with the fascinating world of unusual multiples — be it twins, triplets, or quads. Suffice it to say, if I weren’t concerned about, oh, I don’t know, the demise of the world through the pandemic and climate change, I’d love nothing more than to curl up with a good . . . um . . . laptop, and research each and every intriguing set ever born.

But given my limited space, I’m going to touch on just two unique multiples, both coincidentally British — the first still in utero, and the second already born:

Unique Case #1
Kelly Fairhurst of Braintree, Essex was already the mother of two little girls at the age of 28 when she only learned at her 12-week scan recently that she was actually born with two uteruses. But that wasn’t even the biggest shock. No, what she discovered stunned her and her physicians alike. She was carrying a twin in each uterus, and furthermore, the twins could be identical!

How can that be? Funny you should ask. Normally, identical twins develop when the egg splits in the fallopian tube and both embryos continue down to imbed in the welcoming cushy lining of the uterus.

But in this apparent one-in-50-million case, the two embryos continued down, with each one burrowing in a separate uterus. But it gets even more remarkable. The doctors are speculating that she may actually end up having two completely separate labors! So for those of you who have maybe complained about how difficult your labor was with your little one, imagine how challenging it will be trying to time the overlapping contractions of each individual uterus, let alone labor itself, when her babies are finally born? 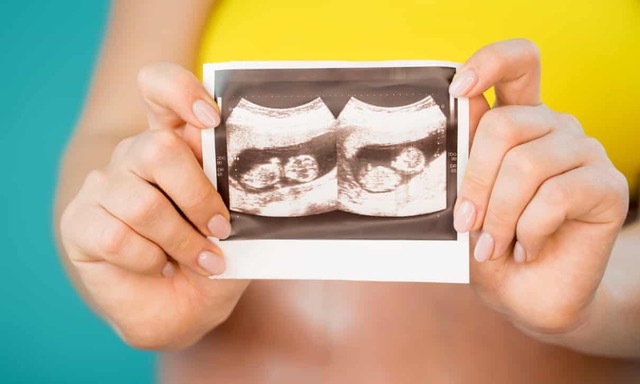 Unique Case #2
This next set is one the most astounding stories I’ve ever heard.

Jane Ingram, 32, already the mother of four kids, became pregnant naturally. During an 18-week routine scan, the doctors discovered that she was carrying triplets. But a couple months later, they were stunned to discover that one of the embryos had attached itself to the outside of the uterus, in essence creating its own “womb” in the abdominal cavity.

As a reminder from Fertility 101, an egg is normally fertilized in the fallopian tube and continues down to imbed in the uterus. But in the case of ectopic pregnancies, the egg gets stuck in the fallopian tube, and in some unfortunate cases, continues to grow until the tube bursts, potentially causing internal bleeding which could lead to the death of the baby and mother.

But not only did Jane’s male fetus survive (the chances of that happening are were in 60 million), but it thrived outside of the uterus. Unfortunately, the biggest challenge still lie ahead. As the doctor stated: “If Jane had gone into spontaneous labor, it is possible that all four could have died because of internal bleeding. That is why we had to make the delivery at 29 weeks. There was always a high risk of hemorrhage because of the position Ronan had adopted, putting pressure on major blood vessels which could have burst at any time.”

So in an extraordinarily complex delivery, the magnitude of which can’t be exaggerated, a team of 26 doctors and medical specialists had to determine how to remove the little boy without risking the lives of all four, including the mother and the identical twin girls growing in her uterus. Miraculously, they succeeded, and today, the triplets are 21 years old. Below is a picture of them when they were four years old, with the little troublemaker, Ronan, innocently peering out from between his identical twin sisters Olivia and Mary, with absolutely no clue of the history he made only four years prior. 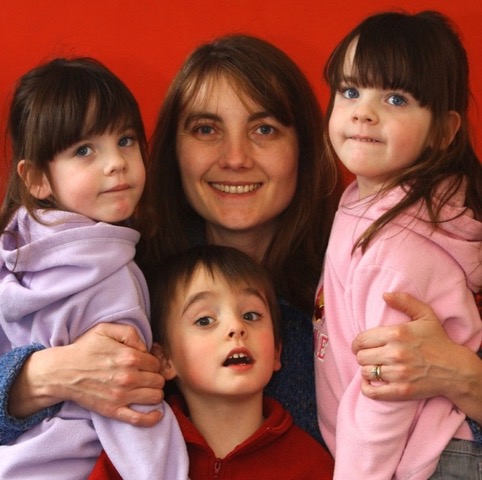