The, Uh, Cutting Edge Inception of the Fertility Awareness Network (FAN) – (Part I) 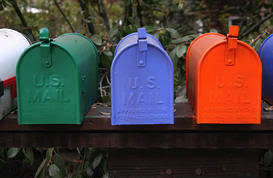 I’ll never forget the phone call I got back in the’80s just a couple weeks before I was scheduled to do a presentation for engaged couples on a religious weekend retreat. It had come to their attention that I was single, so they felt they had no choice but to cancel my lecture because I would be an immoral role model. After all, how could a single person possibly teach couples about the Fertility Awareness Method and ‘the marital embrace’?

Back in the mid-80s when many of you were but toddlers and computers were the size of VW bugs, there were only a handful of secular Fertility Awareness instructors in the country. Trying to organize such a group of like-minded professionals dispersed across the States before the Internet was a tad challenging, to say the least.

So what did we do? We developed what we thought at the time was a kick-ass system to keep us all apprised of the latest in the field of Fertility Awareness. We drew up a map that included our names and mailing addresses, and established a type of round robin in which the first person in the furthest corner of the States was #1, the next closest was #2, etc. And with this framework, we extended our network to cities such as Seattle, Corvallis, St. Louis, Huntsville, New York, and even Edmonton, Canada.

Then, when one of us would happen upon an article, research study or other type of relevant news pertaining to the field, we would make two copies of it, one for ourselves, and one for the thick manila envelope that would eventually wend its way to our mailboxes. With excited anticipation like a kid on Christmas morning (actually, who am I kidding . . . I’m a Jew . . . what do I know about that?) we would pour out the contents, trek to Kinkos, make copies of the scores of articles for ourselves, pack them back in, then add our own stash, and off we’d go to the post office. This pathetic excuse of a system went on for years until thank God email saved us from ourselves!